The Impact of Culture on Cross-Cultural Leadership 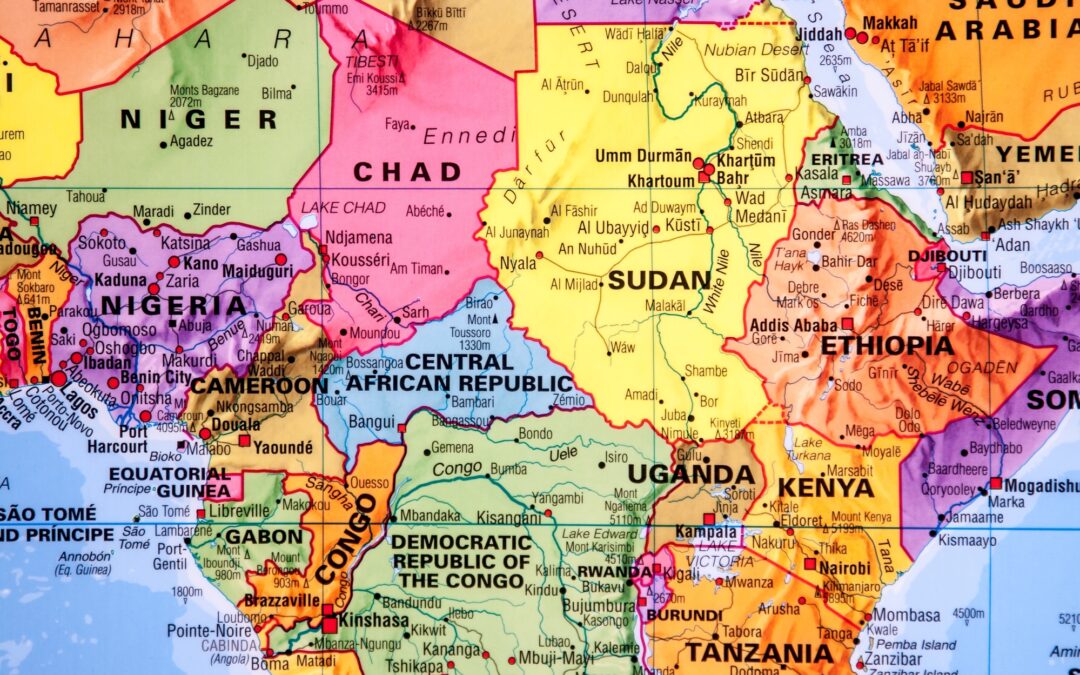 A leadership and human capital development expert with over 25 years of experience, Annah Kyoya has worked with World Vision International and Build Africa in 12 African countries where she oversaw multiyear-multiagency funded development initiatives that transformed vulnerable communities into living dignified lives. Anne is also the Founder/CEO and consultant with Leadership Impressions Limited, a consulting firm in strategic foresight, leadership development, and project management. She is also a doctoral student with focused research in the areas of strategic leadership and foresight. She resides in Nairobi, Kenya.

Being a cross-cultural leader is about leading, accepting others (along with their different cultures), making culturally informed decisions, and building a community of trust.

During my 21-year career as a humanitarian relief and development worker, I was privileged to work in 12 African countries, all with different national cultures. Unfortunately, in none of these cases did my employer prepare me enough to appropriately handle the culture shocks that I encountered in these different cultural contexts.

One of the most offensive culture shocks that I experienced was in 2002 when I visited a school in Somalia. At the school, I stretched out my hand to greet a male teacher as would be the norm in my Kenyan culture whenever you meet a new person. He declined to shake my hand. Embarrassed and feeling awkward, I moved on with the conversation.

I later learned that as a woman, I was not supposed to shake a man’s hand because I was considered “unclean.” Had I known this earlier, I would have exemplified a more appropriate and local customary behavior. This is just one example of the many ways in which culture impacts cross-cultural relationships.

In this article, I would like to dive deeper into the impact of culture on cross-cultural leadership. Additionally, I will discuss a set of ways leaders could use to improve their skills in order to achieve effective leadership in cross-cultural environments.

What is cross-cultural leadership?

Cross-cultural leadership is the “capacity of a leader to accept others as they are, to accept their culture, to be open-minded and flexible when making decisions, and act as such” explained Oana Hudea, a lecturer at the University of Bucharest.

Sherwood Lingenfelter, a provost emeritus and senior professor of anthropology at Fuller Theological Seminary, explained cross-cultural leadership as, “building a community of trust among people who come from two or more cultural traditions that provoke a clash of world views.”

From these two perspectives, it’s clear that cross-cultural leadership requires a culturally agile leader to embrace other people and cultures, as well as build a community of trust.

What is the impact of culture on cross-cultural leadership?

Culture has been likened with “palace” and “poison.” Lingenfelter noted that the palace aspect of culture connotes the beauty and richness of each of our cultures while the poison aspect involves “insisting on employing our culture in multicultural contexts.” Culture, therefore, impacts cross-cultural leadership positively, negatively, or both. Below are some of the ways in which culture has impacts on cross-cultural leadership.

Culture and the Leader’s Vision

Culture shapes our vision. This was the case with Ghosn’s leadership of auto manufacturing’s Nissan and Renault merger. By 1999, Nissan was rated second on the global automobile industry according to Carol Gill’s research into the successes and hurdles of this merger. However, for eight consecutive years, the company was unprofitable, ultimately sinking into a $22 million debt.

The turnaround came as the result of CEO Ghosn’s authentic leadership style, which was nicknamed as the “French leadership style” due to his openness, diligence, teamwork, and transparency. This leadership style, the research of Gill’s noted, was heavily influenced by the CEO’s French culture as opposed to the win-lose, collective influence of other cultures in the automobile market, for example, Japanese culture.

This can be taken as evidence that all traditions of leadership are culturally bound and when applied in cross-cultural or multi-cultural contexts, the traditions become either a catalyst or obstacle to effective leadership. This was highlighted in the cross-cultural research of Paula Caligiuri in her published book Cultural Agility.

Cultures tend to assign meaning to different words, as opposed to what the word literally could mean. For instance, my surname “Kyoya” means “to crow” in the Kamba culture in Kenya. The same word means “pubic hair” among the Shona tribe of Zimbabwe. It would, therefore, be shameful to mention the word “Kyoya” in public among the Shonas.

Secondly, cultures vary in formality. For example, among the Zulus of South Africa, where I worked for two years, individuals who hold leadership positions are addressed by their titles.

Thirdly, culture makes an impact on the way we communicate. George, my American colleague, once used the word “yelling” to describe what I considered as “humorous chat” between two African colleagues. On further engagement with George, I learned that in his American culture, a loud voice was considered to be a yell.

In this sense, Ling Cheng, a lecturer in Hong Kong Baptist University, noted these differences as proof that communication is, by and large, constrained and shaped by the particular culture in which it is initiated.

Culture influences the way people make decisions. A case in point is a situation where a Chinese and a Canadian were faced with an opportunity to either purchase or not purchase stock during a price drop.

Yates and Oliveira, lecturers at Michigan University, reported that the Canadian bought the stock since he saw an opportunity to later make money (risk-taking). The Chinese, however, did not buy because he feared losing his money (security).

The difference between these two decisions was their cultural orientations. One culture emphasized risk-taking and another a sense of safety or security. In short, when making decisions, people will tend to lean towards their default cultural persuasions when under pressure to make hard choices.

Culture and the Use of Power

Each cultural community socially defines, structures, and manages issues of power and resources differently. Some cultures have a “high power distance” structure where the power gap in the hierarchy between the leader and follower is so wide that followers have no access to the decision-making process, and others having the opposite, as highlighted by culture research experts Geert and Jan Hofstede, and Michael Minkov.

My observation in the 12 African countries where I worked between 1993 and 2016 showed that most African cultures are high power distance cultures. This is more pronounced in Lesotho and Swaziland where the nations have practiced traditional kingship for as long as they have existed. On the contrary, Caligiuri has highlighted that most western societies insist on sharing resources and upholding power as a collective group.

How can leaders improve their cross-cultural skills?

The process of improving or developing cross-cultural leadership skills or cultural agility is a continuous process rather than an event. Below are some ways through which this can be realized.

Cross-Cultural Training. This is the first step that every leader must undergo since it offers a “fair warning” on the expected cultural disconnect, and facilitates faster adjustment in a new environment.

Cross-cultural training can also be provided through an experiential development opportunity. For instance, many Kenyan professionals in the tourism industry have in recent years taken up experiential development opportunities in Dubai where they gain the professional and cross-cultural experience necessary in the industry. Leaders need to know that just like any other skill, developing cultural agility requires practice.

International Assignment and Exposure. My two years’ experience in South Africa as an expatriate with World Vision International taught me that it did not matter how successful my leadership had been at home, I still needed international exposure since as Caligiuri noted, “Domestic successes do not guarantee a leader success in another cultural context.”

International assignments gave me the opportunity to interact with a culturally agile integrated team that enriched my cultural and professional perspective in decisions. International assignments provide an opportunity for leaders to appreciate how their individual visions, understandings, competencies, skills or gifts may not be adequate enough to tackle the challenges that leaders could face in cross-cultural contexts.

Recruitment and Interaction with Culturally Agile Integrated Team. Leaders working in cross-cultural environments are safe in the company of a culturally agile integrated team, says Cebrera and Unruh, president and professor (respectively) of global business at Thunderbird School of Management.

Working with an integrated team has two advantages. First, the culturally diverse team provides an opportunity for the leader to learn other cultures through team and social interactions. Caligiuri also observes that the scenario just presented enriches the leader’s cultural and professional perspective when making decisions.

To ensure balance in professional competencies, experiences, and cultural agility, cross-cultural leaders should develop and use recruitment policies that promote cross-cultural diversity at all levels. The idea is to maintain culturally agile teams.

Kyle Fedler, author and assistant professor of religion at Ashland University noted that leaders can minimize power distance, share power, and empower others through the example of Jesus Christ. Specifically, he highlighted the relationship between Jesus Christ and his disciples. Jesus example depicted that sharing power was about intentionally giving it away to others. Jesus gave away power when he told the disciples to go and make disciples of all nations (Matthew 28:19-20, NIV).

Cross-cultural leaders need to know that by sharing power with other individuals, leaders become better at using and managing power.

To improve the leader’s cultural skills, leaders should develop and execute cross-cultural training, identify and exploit experiential development opportunities, and be intentional about taking international assignments.

Additionally, the leaders should develop recruitment mechanisms that promote diversity, as well as build culturally diverse interactions that promote cultural agility in teams.

Lastly, the leaders must manage power effectively and feel comfortable empowering others.

Every leader needs to remember that gaining cultural agility is critical in cross-cultural leadership since culture can make or destroy the success of a leader and the organization.

Cebrera A. and Unruh G. (2012). Being Global: How to Think, Act, and Lead in a Transformed World. Boston, Massachusetts: Harvard Business Review Press

Gill, C. (2012). The role of leadership in successful international mergers and acquisitions: Why Renault-Nissan succeeded and DaimlerChrysler-Mitsubishi failed. Human Resource Management 51, no. 3: 433-456

The Journal for Leadership & Strategic Foresight is a non-profit venture designed to further the wisdom and practical application of knowledge in the areas of leadership and foresight.

The journal finds its home in the Institute for Leadership & Strategic Foresight, located in the richly cultural city of San Antonio, Texas.

In order to achieve the aims of furthering applied knowledge and wisdom, the journal is interested in publishing articles pertaining to the professional practice of leadership and foresight.

We also welcome interpretative and critical perspectives that portray the philosophical frameworks of these disciplines through real life applications.